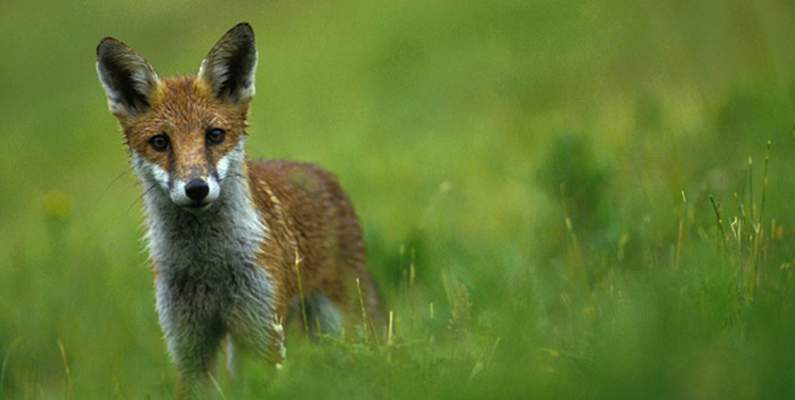 The main fox hunting season started with the Opening Meet which normally took place during the last week in October or during the first week in November, often on a Saturday and ran until the 1st May although most hunts finished in March and early April.

During the night before or in the morning of the hunt fox earths and badger setts in the coverts and surrounding areas, where the hunting was due to take place, were blocked up or “stopped”. This was carried out to prevent foxes from going back underground when they had been out during the night searching for food so that the hounds could find and hunt them and also to prevent hunted foxes from seeking refuge underground once the hunt was underway. Entrances to fox earths and badger setts were stopped with soil, sticks, large stones or fertilizer bags and was carried out by “earth stoppers” who were normally the terrier men for the hunt. The blocking of badger sett entrances would normally have amounted to an offence under Section 3 of the Protection of Badgers Act 1992 but was permitted by exemption under Section 8 of the Act, which allowed badger setts to be blocked with materials and in accordance with Section 14 of the Act. The Hunting Act 2004 removes this exemption and the stopping of badger setts is now illegal.

The hunt would normally meet at 10.45 am at a pre-arranged place such as a farm, public house or village green. The hunt would then move off to the first covert to be drawn with the huntsman and hounds in front. The masters and the field would follow on behind while other followers on foot and in cars would find a suitable location from which to watch the hunt. The hounds were put into covert and encouraged by the huntsman by use of horn and voice calls to search for a scent. While the hounds were searching for a scent the whipper-in and other followers would position themselves around the edge of the covert to look out for any fleeing foxes. Occasionally the hounds may have come across a fox and killed it before it had a chance to run, known as a “chop”. If the pack picked up the scent or line of a fox they would start “speaking” (a high pitched barking) and pursue the fox. The huntsman and riders followed the hounds by the most direct route possible with the huntsman using voice and horn calls to encourage the hounds. Hunts in Cumbria and other upland areas conducted their activities on foot rather than on horseback due to the terrain.

If the hounds lost the scent (‘line’) or ‘checked’ they would search around or “cast” to re-find the line. The huntsman may have assisted the hounds by taking them to where he thought the line would be found and cast the hounds himself. Sometimes hunt followers would assist the huntsman by signaling to him that they had seen the fox. This was carried out by use of a high pitched shout or “holloa” (pronounced “holler”) and accompanied by a raised cap or arm pointing in the direction of where the fox had run. Occasionally a whistle would be blown instead of a holloa. The huntsman would then take the hounds over to the signaler in an attempt to pick up the line and if successful the hunting would continue.

Sometimes the fox would escape the hounds altogether or the huntsman would allow the fox to escape, if for example the fox had run onto land where the hunt were not permitted to enter. The huntsman would then take the hounds to another covert where the hounds would be drawn through in search of another fox. If the fox had not managed to lose the hounds, it would either be killed and torn apart (“broken up”) by the hounds or it would try to evade the hounds by seeking refuge underground, known as “going to ground”. In the former case the tiring fox would eventually be out-run by the superior stamina of the hounds which would kill and tear the fox to pieces. The huntsman would arrive at the scene and use the horn to blow “the kill” as a way of congratulating the hounds. He may also have made whooping sounds to excite and encourage the hounds as they tore up the fox and may also have picked up the dead fox and ragged the hounds with it. The huntsman and hounds would then move off in search of another fox if it wasn’t too late in the day before the hunt was due to finish.

Oftentimes the fox would attempt to lose the hounds by going to ground in a fox earth, badger sett or a drain. Occasionally foxes would seek refuge in hay-bales, stick piles or even in trees. The pursuing hounds would gather around the tunnel entrances sniffing, pawing at the ground and baying. This was known as “marking to ground” and indicated to the huntsman where the fox had gone. The huntsman would then use the horn to summon the terrier men, who were employees or supporters of the hunt responsible for dealing with foxes that had gone to ground. He would leave the hounds marking to ground until the terrier men had arrived to deter the fox from leaving. The huntsman would then take the hounds away to continue hunting while the terrier men were left to work. If the fox was to be bolted the huntsman would wait a short distance away with the hounds.

If it was decided to dig out and kill the fox all but one of the holes would be blocked and a terrier released into the unblocked entrance. Before releasing the terrier below ground it would have been fitted with a locator collar which had a transmitter attached to it. This would emit a signal which was picked up by a receiver operated above ground by the terrier man so that the terrier could be located. Once the fox had been found by the terrier it would either fight the fox or keep it at bay. The terrier man would then dig down to the fox and after removing the terrier the fox would be killed, normally with a humane killer. Alternatively nets may have been placed over the holes so that the fox could be bolted into one of the nets and dispatched.

If it was decided to bolt the fox so that it could be hunted again by the hounds the terrier would be used underground to flush out the fox; the holes would be left open to allow the fox to leave. Once the fox had bolted the terrier man would signal to the huntsman and the hounds would be released and the fox hunted once again.

During the hunting day several coverts would be drawn and at least one or more foxes could be hunted. A pursuit could last a few minutes or over half an hour. Occasionally the hunt would have a ‘blank day’ when no foxes were found at all.

– To “enter” the new, young hounds. Hounds would not naturally hunt foxes and needed to be trained to do so. They not only needed to be trained to hunt the scent of a fox but had to learn not to hunt the scent of other animals. They also had to learn to work as part of a pack and to obey the huntsman’s horn and voice calls. Cub hunting enabled the young hounds to get a taste of blood and rekindled the interest of the older more experienced hounds in hunting foxes.

-To reduce fox numbers and to disperse the fox cubs over a wider area so that there would be foxes in most coverts during the main hunting season. Young foxes are full-sized by autumn, having been born in the spring, but they are not yet sexually mature and are still living in their family group. As such they are easier to catch than adult foxes. About half of all foxes killed by a hunt during one hunting season took place whilst cub hunting.

– To persuade the cubs that safety lay not in staying in covert but in running across open country thus giving the hunt a good run and sport during the main fox hunting season.

Cub hunting started anytime from late July to the end of September once harvesting was completed and lasted until the Opening Meet. In July and August the hunt would take place very early in the morning, as soon as it was light when the scent was at its best and before it was dried up by the summer heat; cub hunting occasionally took place in the evenings, when again the scent was stronger than during the day. Hunting in the early mornings and evenings was also less trying for the hounds that would otherwise have to work in thick covert during the heat of the day. As the weeks progressed the morning meets would get later, as first light came later.

The meets would involve a smaller number of followers than in the main fox hunting season and followers would be invited to attend by the master(s). Formal hunting dress was not worn during cub hunting and instead a tweed jacket or “ratcatcher” was worn by the hunt servants, masters and riders. Cub hunting was not carried out to provide sport for the followers who instead had a role to play during the hunting. Cub hunting up until about mid-October would involve hunt followers on foot and on horseback surrounding or ‘holding up’ a covert so that cubs attempting to escape could be frightened back in. If any cubs were seen trying to leave the covert the followers on horseback would slap their saddles and boots with their riding crops and those on foot would shout, clap and wave their arms in the air. By keeping foxes in covert the young hounds could learn to hunt in covert and listen and follow the ‘cry’ of the more experienced hounds without the distractions found in the open. It would also make the cubs easier to catch and kill so giving the young hounds a taste of blood. The hunt would be out for about 3 or 4 hours during this period.

From mid-October until the Opening Meet the cubs were encouraged to run across open country which both dispersed them and trained the young hounds to hunt the right line in the open. The cubs would also learn that safety was not found by staying in covert so that they would, in future, take flight at the sound of the huntsman’s horn and provide a good run for the hunt. The hunting day was longer during this period, up to 6 hours, and started to resemble formal fox hunting.

Terrier men also had a role in cub hunting. Fox earths and badger setts were stopped the night before to keep foxes above ground and any foxes that did go to ground were dug out, killed and given to the hounds.

A young hound was considered entered into a pack once he or she had successfully joined a hunt in this fashion and had completed a season’s hunting. Any young hounds that did not show suitable aptitude were removed from the pack and shot. Occasionally they were rehomed.

The appeal hearing for Mark Hankinson to be heard at Southwark Crown Court has been changed to July 6-8, 2022....

The use of dogs to cause the quarry to flee from it's cover.